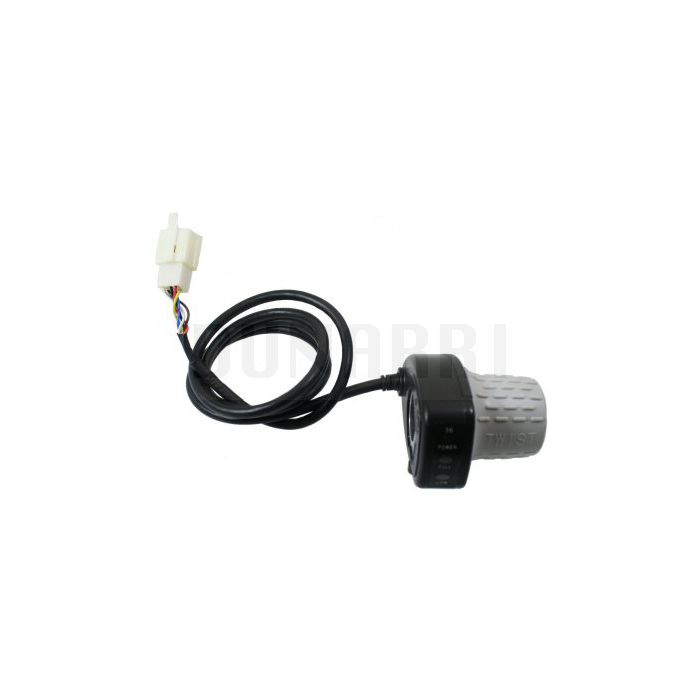 This is the part you twist to make the dirt bike go. They tend to go bad if they are exposed to water often. You can easily repair the throttle by replacing it. It's very easy and can be done with just a few basic tools.

This is a 6 wire variable speed throttle, compatible with the following versions:

Please note, older MX500 and MX650 dirt bikes use a 4 or 5 wire throttle which is discontinued. You would need to replace both the throttle and controller with our electrical kit.

Note: Model versions can be determined based on the product ID code on your Razor product. It is a barcode sticker that looks like the image to the left and is typically located on the bottom of the scooter, the steering tube, the battery charger, or on the original box it came in. The 7th and 8th numbers usually between the dashes in your product ID code are the version number of your Razor product. For example, "01" = Version 1, "09" = Version 9, "33" = Version 33, etc.
More Information
Reviews
Write Your Own Review
Only registered users can write reviews. Please Sign in or create an account
Related Products